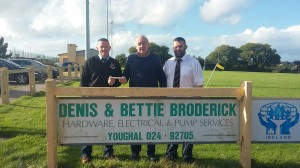 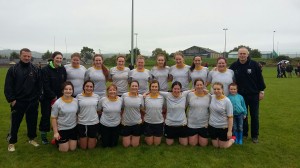 Youghal beat Killarney on 17th January 2017 to remain top of Division 3 of the Munster Junior League.

The next fixture is at home on 24th January at 2.30pm against Carrick on Suir. 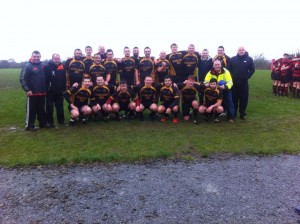 Application form for tickets which can be downloaded, printed and completed as per the form. 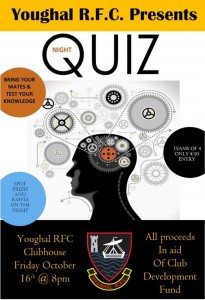 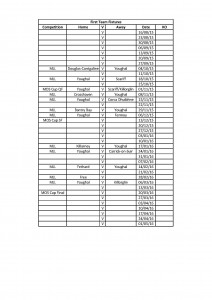 All members and friends welcome to come to fundraising lunch at the club on Saturday 29th August 2015. Tickets are Eur 25 each. Please contact Sean O’Neill or any committee member if you want to come along. 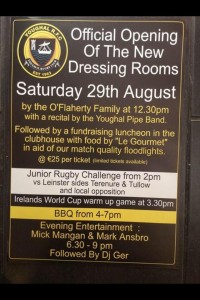 On Saturday the 25th of October Youghal Under 16s opened their league campaign with an emphatic victoy over Old Christians. On a day when Youghal did most of the right things right, they won 59-12. Tackling was much improved on early season matches and great passing and strong running saw Youghal run in nine tries.
The forwards held their own in set pieces but good support play and pressure in open play gave Youghal a huge boost. Wing forward Jordan Yellop scored five tries, Nr 8 David Kenny Farrell got one, full back Jack Monaghan got one and centre Diarmuid Clancy got two tries and seven conversions.
Next league match is away to Midleton on the 8th of November. Well done to all the Youghal squad. Hopefully their great spirit will see them continue on their winning ways.

After a first round walkover, our u14s got their league campaign off to a start with a home game against Kanturk on Sunday 26/10/2014.

With an 11am kick-off, the game started with a strong wind blowing from the School side of the pitch. There were many highlights in the game, including some good play from our backs and forwards, which lead to our first try with only a few minutes of the game played. After some good rucking and ball retention from the forwards the ball was released to the backs where Padraig Quilligan made a good line break only to be tackled on the 22 where he off loaded the ball to Evan Villis who touched down in the corner. The difficult conversion from the touchline was unsuccessful through no fault of the kicker.

Our second try came from good play from the forwards and halfbacks with outhalf Padraig Quilligan making a good break through the Kanturk backline and scoring in the corner, again this try went unconverted. The third try of the first half was again scored by Padraig who showed good strength in fending off some tackles before crossing the line in the corner and touching down under the posts. This try was converted. The last action of the half saw Kanturk cross for a second try after keeping Youghal pinned in their 22 for a sustained period.  Halftime score 17-10 to Youghal.

The second half started as the first ended with Youghal under pressure in their22 until some good forward work saw Youghal reclaim the ball and carry it to the 22, where after a ruck the ball reached Oran Finn who made a great break to score in the corner. The final score of the game for Youghal came from some good play from Youghals forwards and backs who retained the ball through a number of phases, the ball then reached Padraig on the Kanturk 10 meter line, he then broke a number of tackles to score under the posts.

The game ended with Youghal once again under pressure in their own 22 with Kanturk trying their best to break through a good defence. Through some good work, Youghal managed to turn over the ball and with only seconds left in the game Kelvin Yellop took the initiative and kicked the ball to touch and end the game. The final score 29-20 to Youghal.

All players showed some good skills and hard work during the game, which bodes well for the remaining games in the league.

A thank you from the team also goes out to the great support from parents and others on the sidelines during this game.

Training for the Under 14s continues every Tuesday and Thursday at 6:00pm until 7:15pm.

First league game of the season at home next Sunday 28th sept at 2.30 v. Castleisland.

It is with great sadness that we announce the death of Declan O’Flaherty Treasurer and ex President of Youghal RFC.

Our deepest sympathies go out to his family, his wife Mag, daughters Aoife, Ciara and Aisling and son Diarmuid.

May he rest in peace.