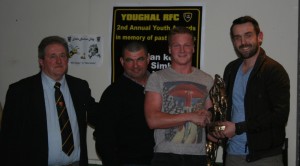 The 2nd annual Youth awards night was held on Friday 2nd May in the clubhouse kicking off a very busy weekend for the rugby club. The clubhouse was packed with players, families, coaches, mentors and the atmosphere was electric as the awards were presented to the very worthy winners.

Prior to the presentations beginning in earnest, Club President Norman McDonald and Youth Development Officer Sean O’Neill spoke about the importance of these young players to the future of the club. Both Club President and Club YDO spoke about the character of the recipients and how they conducted themselves both on and off the field and how Youghal R.F.C. wanted its youth players to develop into the kind of people the next generation of youngsters coming through the ranks could aspire to and draw inspiration from.

The Youth awards trophies are named in honour of deceased clubmen who worked tirelessly for the club and Youghal R.F.C. would like to express our gratitude to the representatives of the families of the deceased who were there to present the awards to the winners on the night.
Well done to all involved in what was a great night and thank you for your continued support. The following is a list of the winners: 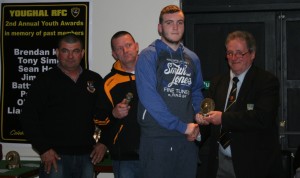 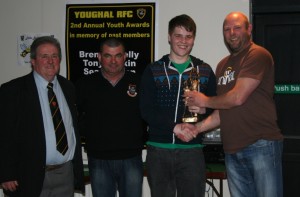 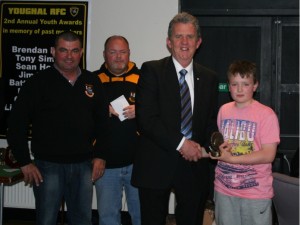 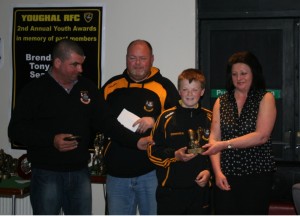 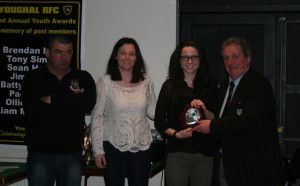 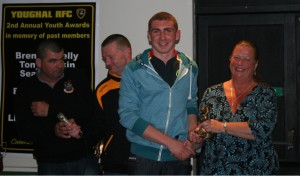 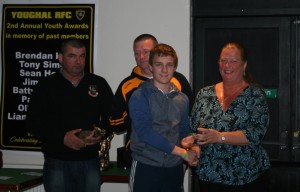 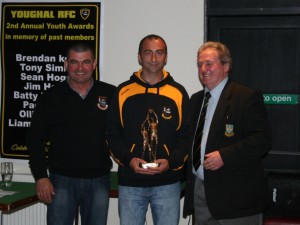 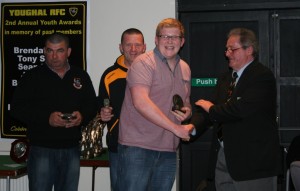 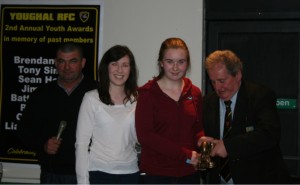 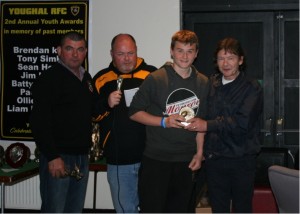 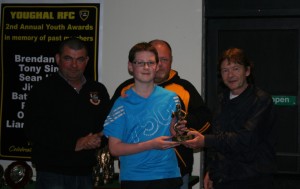 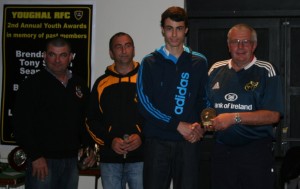 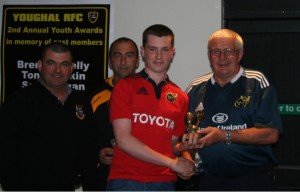 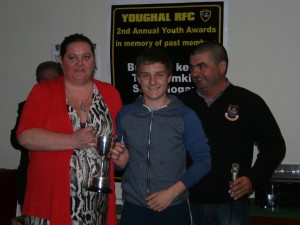 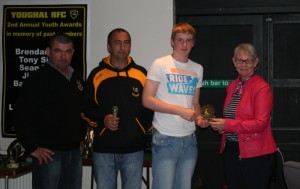 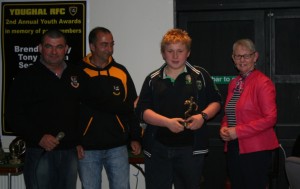 Notice of the Annual General Meeting of Youghal RFC

Please be advised that the annual general meeting of Youghal Rugby Football Club to be held at the club pavilion on Friday the 23rd of May 2014 at 7:30pm. Notice and nomination forms are below. 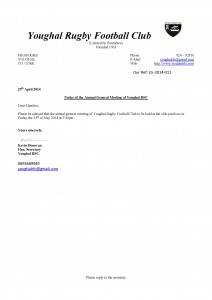 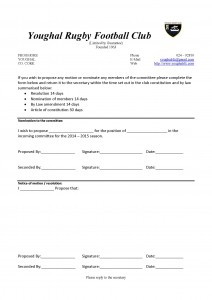